Last week we spent a few days in the Poconos with friends. We were looking for a place to hike with waterfalls nearby and landed at this place after a google search and a couple of tries with phone based maps. 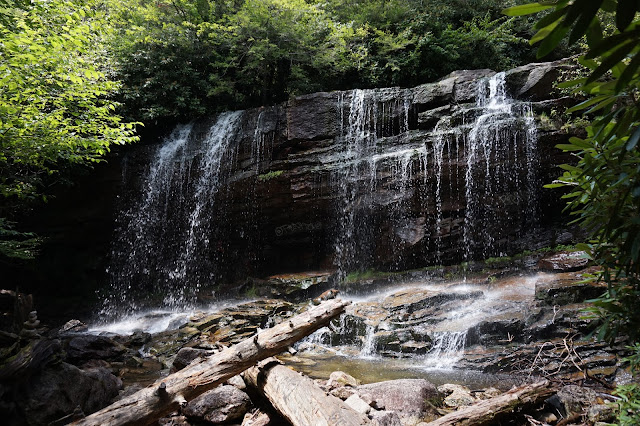 It starts with a graffiti covered bridge. 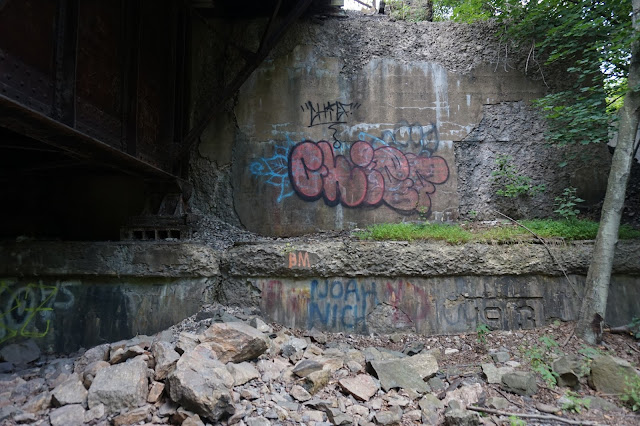 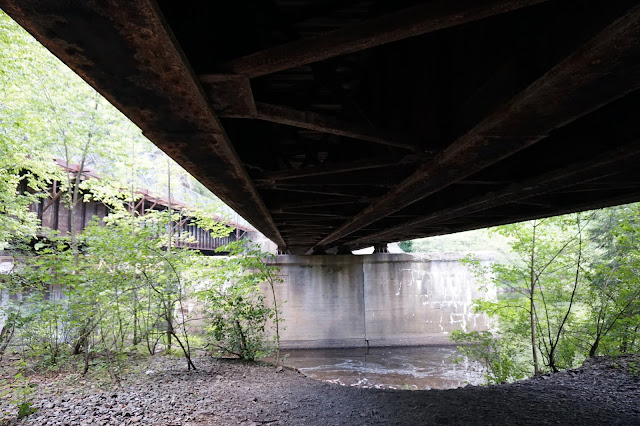 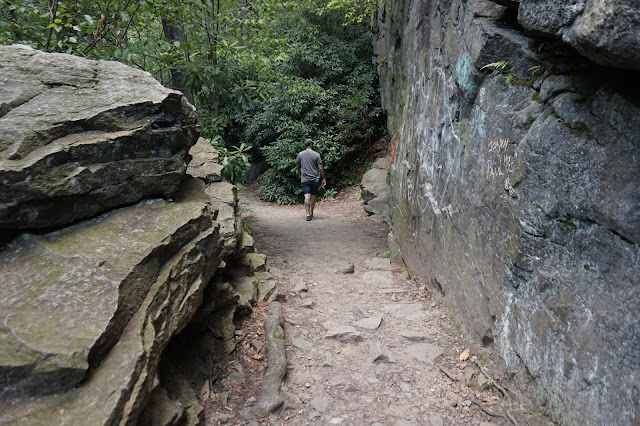 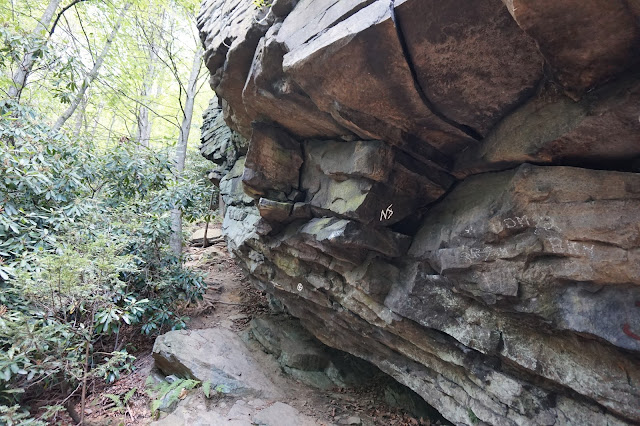 They certainly know how to scare you. i think there were at least 8 signs of danger and impending death on the way and during the hike. It's no joke. 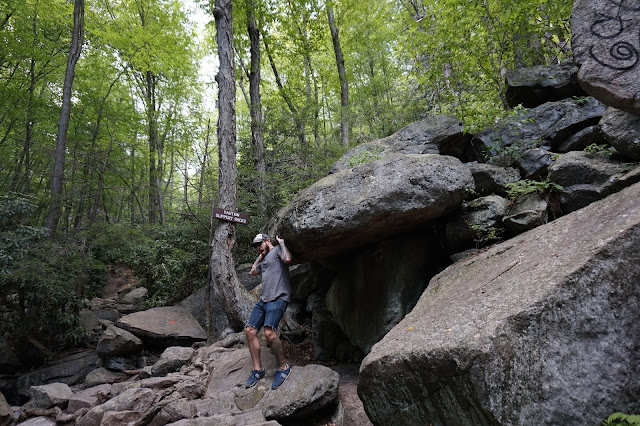 I would like to thank the awesome, super hippy dude who not only offered to take a photo of us, and moved down the mountain a little to get a really good angle, but most importantly told us about the path that continues down a much easier path. At the top, don't turn around and go back down the way you came up, that's absurd and it's way too steep. There is another path down which is much easier. We came up on the opposite side somehow so were having a hard time finding it, and luckily another group of guys  hiking helped us find it. 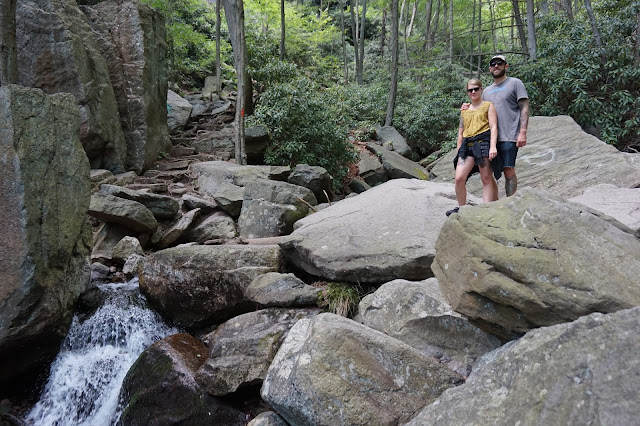 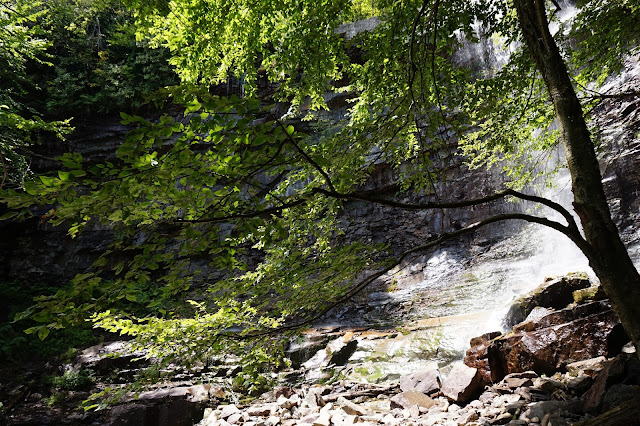 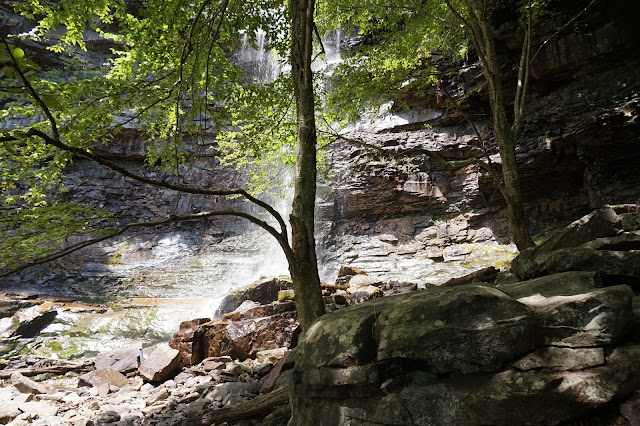 There are many ways to go and the path is not always 100% clear or marked. For about 10 minutes were were just climbing up rocks in the wrong direction. Dave luckily decided we should turn around and then we found the path again. 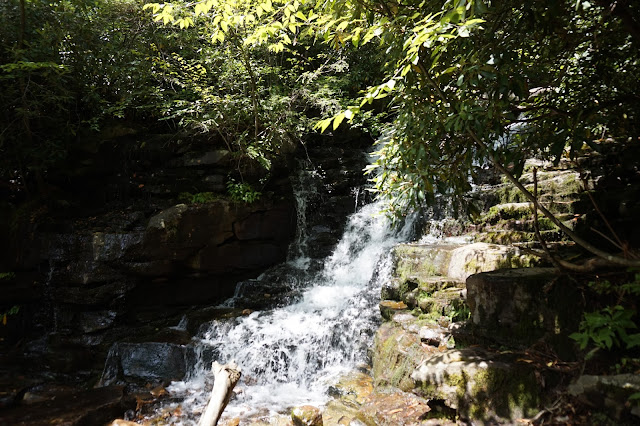 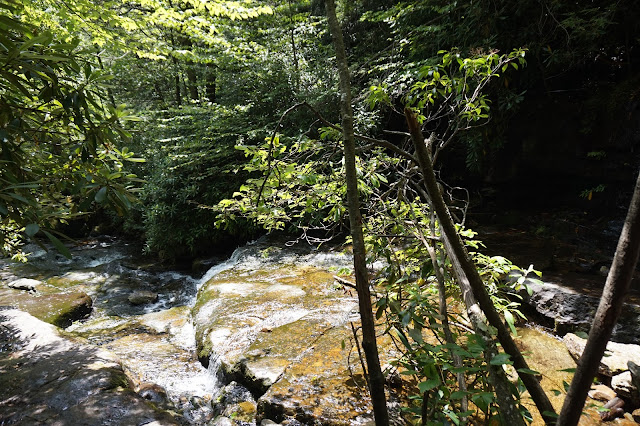 Next time I am bringing a backpack and a bathing suit and getting in that waterfall! 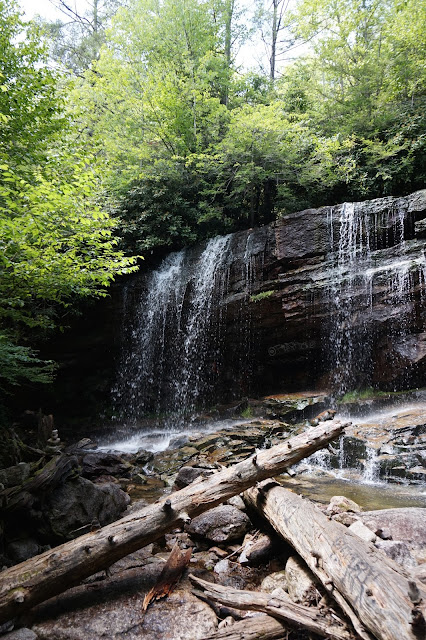 It was a bit dangerous for sure, but try to be safe and just do it. It was worth every step and climb up the mountain. I would not recommend tackling the hike if it is at all wet, as the rocks get slick in the rain. And be prepared to be patient, and thoughtful with your climb. A couple of times I thought about just grabbing onto a tree root to get up a step, but if that would have pulled out of the ground I would have been toast. 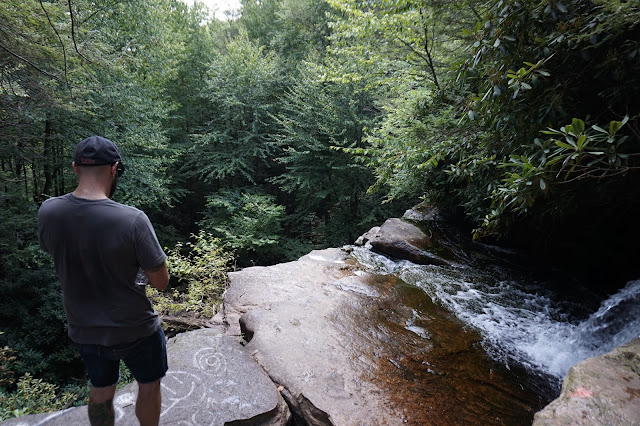 We ended the hike by watching a train cruise by. I have a place in my heart for trains. My grandpa worked on the railroad and I'm not sure if that has anything to do with it, but it does bring up a good story. 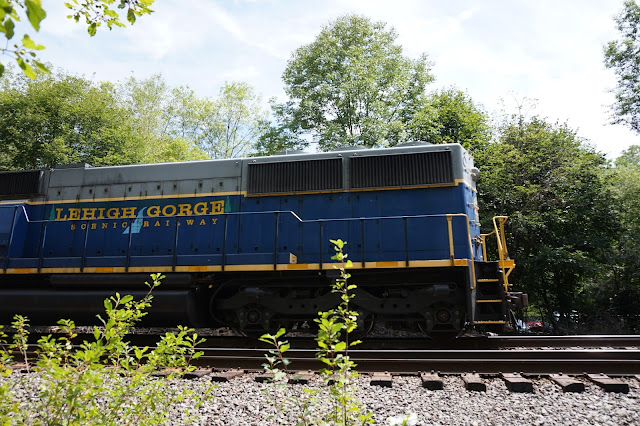 As I mentioned, my grandpa worked on trains for years. He rode in the caboose and would ride up and down the tracks that went through Spring Grove, PA. My Dad just so happened to live on the tracks with his 9 other sisters and brothers.  Their house was sandwiched between railroad tracks and a creek. As you can imagine, they were always looking for fun things to do. They were little badasses and would throw rocks at the trains and generally do really fun but stupid things. Haha. Anyway. My grandpa was not a fan of the little hellians at that house and fast forward many years later and his daughter married one of them. 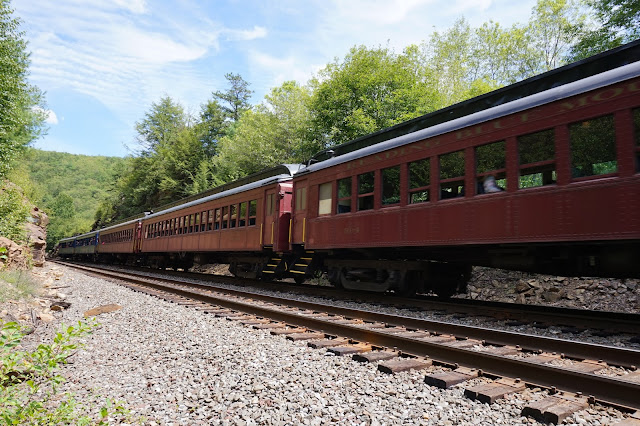 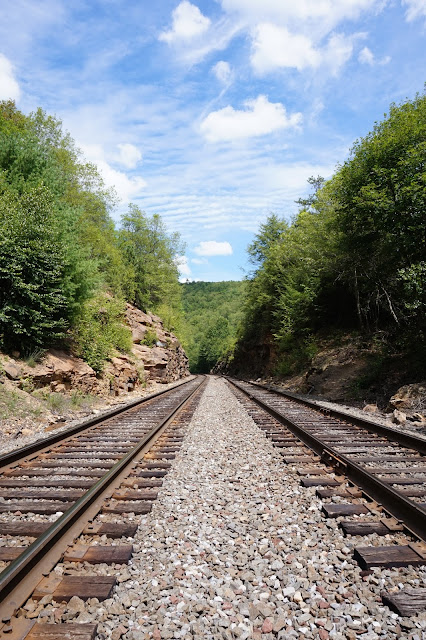 The hike is close to the town of Jim Thorpe. 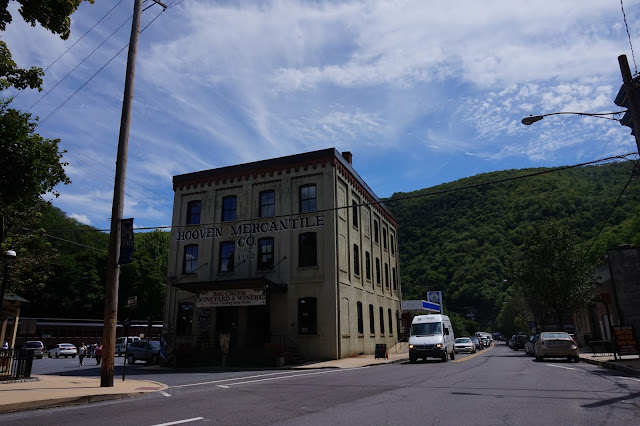 It's a ridiculously cute town. We had a drink and oysters, which were surprisingly good and cheap, at a local bar. 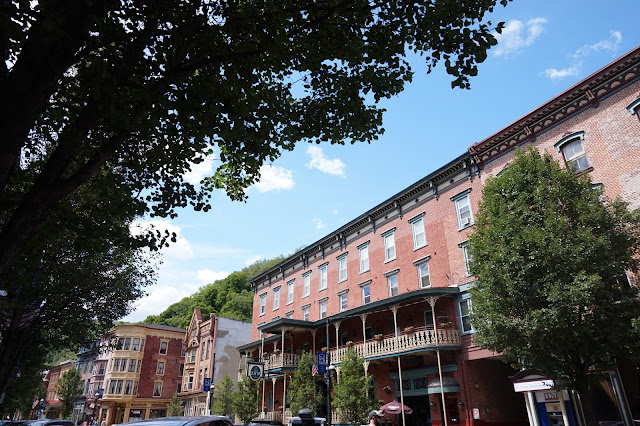 Even the ceiling was cool. And we were entertained by a semi crazy woman trying to pick up a dude at the bar. Watching it unfold from "cool shirt" (he was wearing a CBGBs shirt) to her assuming (incorrectly) that he was buying her drinks was almost better than the falls. 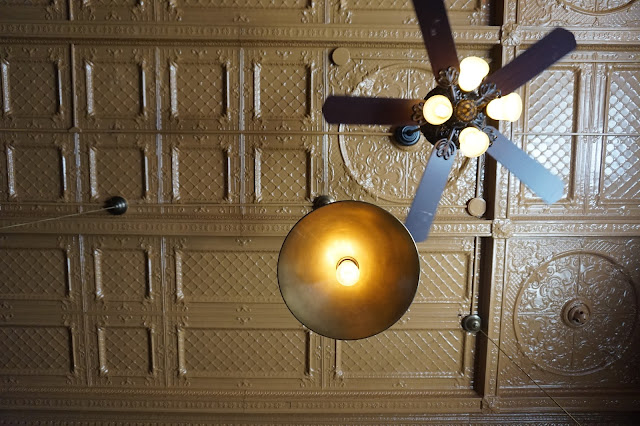 What are some of your favorite hikes and bar stories?
Posted by brandeye at 8:41 PM