cucumber and a pickle martini 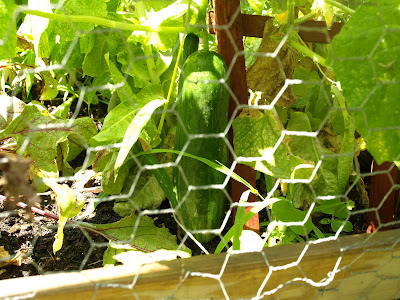 we got our first cucumber out of our garden the other day. not everything is surviving in the garden, but we are harvesting a few things! jalapenos and cucumbers have been a success. 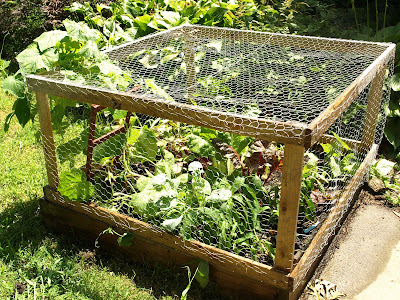 i made dilled cucumbers. the recipe basically consists of 1 large cucumber, 1/2 cup white vinegar, 3 tablespoons of sugar and dill. first slice the cucumber and add salt to it and let sit 15 minutes. wash off the salt, mix the other ingredients together, then toss in the cucumber. 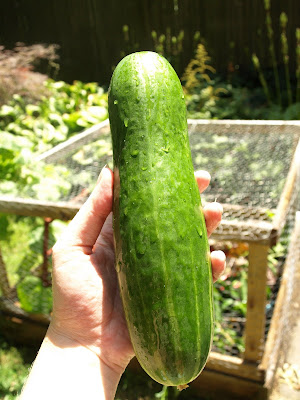 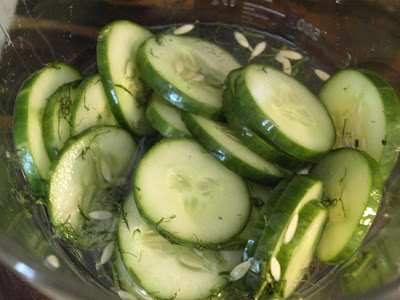 and if you want to be adventurous, make a dirty martini with pickle juice replacing the olive juice. dave wasn't a fan of his, but i liked it. (i could only drink one though.) thank you to craft night (or just eat, drink and talk night) and specifically jenni for coming up with that excellent idea :-) 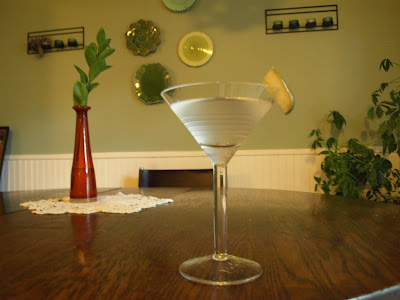 Posted by brandeye at 7:46 PM No comments: i love this chair from designedbyfrancis on etsy. it also happens to be called db chair, which i'm sure means dave and brandi. if that means i can talk dave into getting it, i'll lie. 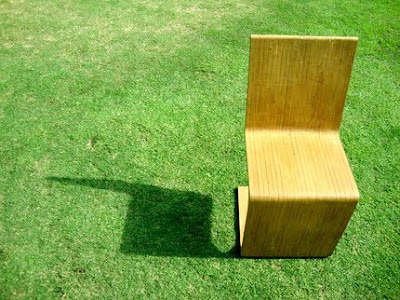 Posted by brandeye at 6:15 PM No comments:

four of a kind

dave and i spent a night in AC for his bday. this great hotel, the chelsea has one day sales (if you're on their mailing list, so get on it!) where rooms are super cheap. after trying to coordinate a date where someone could watch moz i just randomly picked a thur night and booked it. we had a BLAST.
first some drinks in the room. 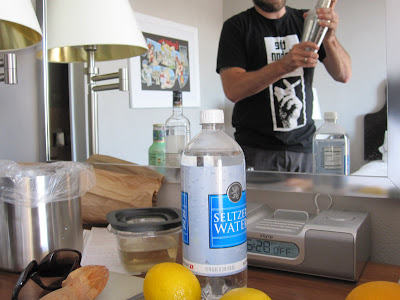 followed by hanging at the chelsea pool, then gambling and eating and drinking and dancing.
we had a great meal at dock's oyster house. calamari first then i ordered a scallop and risotto dish, which was absolute sweet heaven on a plate. 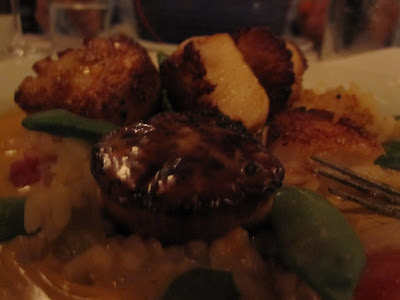 dave ordered a clam bake, which was good, not as good as mine though. 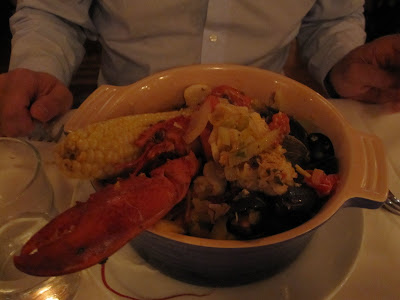 then we gambled and i won about $100. most of the bars closed at midnight so we went back to the chelsea. at night the area around the pool becomes a dance club, which was fun. we danced to some crap remixes, but they played at least a couple decent songs. i don't know why all clubs don't play 80's music, don't they know it's the most fun to dance to??
we then headed to tony's baltimore grill to get some late night food. eating after a night of drinking is the best way to avoid a hangover, so that is what we did. 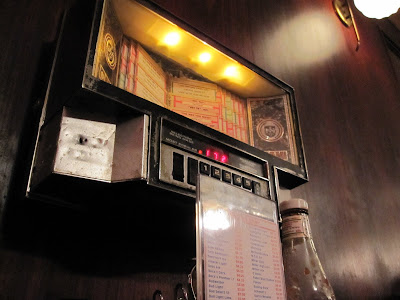 the food isn't great, but it hit's the spot at 2am. we got a meatball pizza. 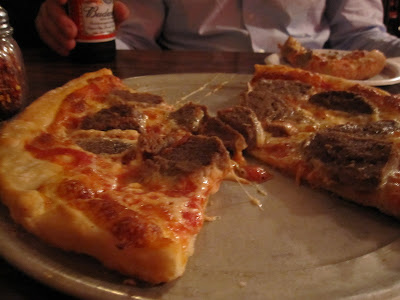 friday we woke up and had breakfast at teplitzky's, which i sadly did not take pictures of. the decor of this place i love, it's retro themed and right up my alley. the food is ok, bloody mary's are good :-)
after breakfast we went to the tropicana to do a little more gambling. i lost the $100 i won the day before, but dave hit it big. REALLY BIG! this is what four of a kind looks like playing let it ride. 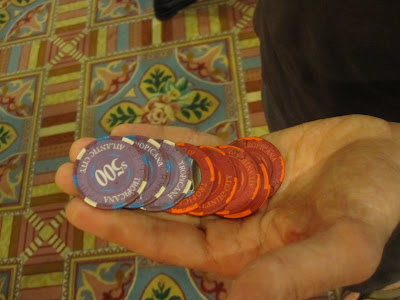 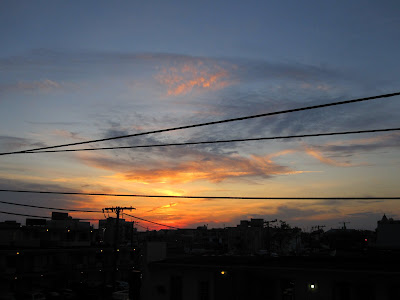 we then spent the rest of the day shopping at the outlets with some of the winnings. god i love AC :-)
Posted by brandeye at 11:12 AM 1 comment: 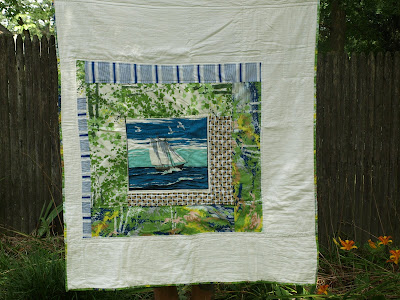 the sailboat quilt is in the mail to nexessary exTRAVagance in chicago. 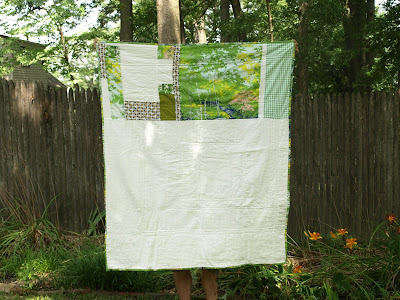 i also made this doily pillow to send. 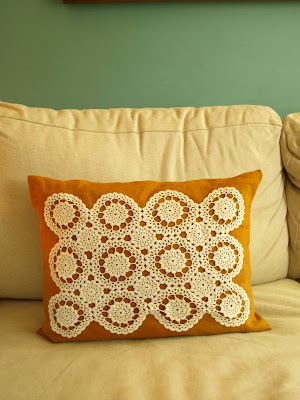 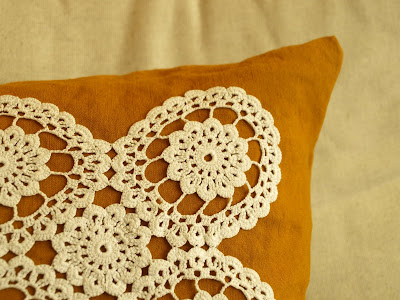 hope they make it safely!
Posted by brandeye at 6:26 PM No comments:

kanthas at the philadelphia art museum 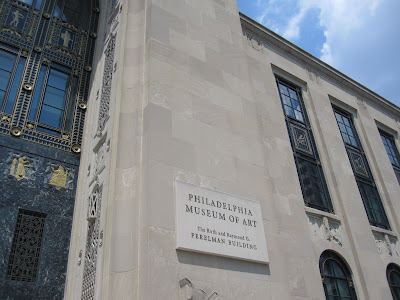 you've got a few days left to go to the kantha exhibit at the philadelphia museum of art, it ends sunday. i finally got a chance to go last weekend and it was great. the level of detail on the embroidered quilts is crazy. i can't even hand quilt one quilt and every square inch of these are embroidered with intricate designs. not only is the design embroidered, but the entire background is stitched, which gives them depth.

"Stitching kanthas was an art practiced by women across Bengal, a region today comprising the nation of Bangladesh and the state of West Bengal, India. Lovingly created from the remnants of worn garments, kanthas are embroidered with motifs and tales drawn from a rich local repertoire and used especially in the celebration of births, weddings, and other family occasions. " 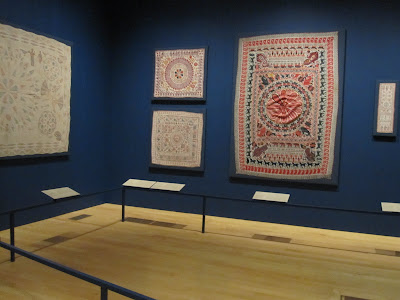 i snuck some pictures and didn't get caught this time, unlike last time. the pictures are not great, but you can see everything on this website.

this one was my favorite, i loved the geometric design. 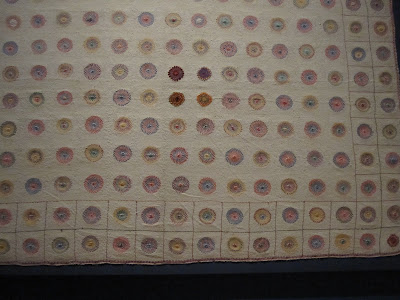 ps. the exhibit is in the perelman building, so you can just pay $8 for that building.
Posted by brandeye at 12:20 PM No comments: 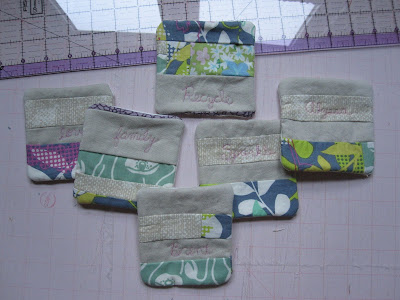 so here is the outcome of the pay it forward post... coasters. personalized... 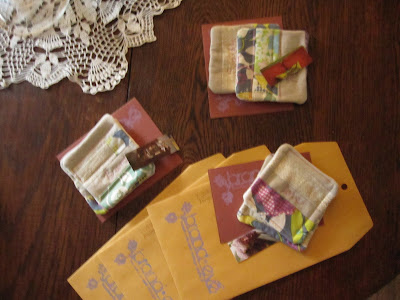 i practiced using my free motion quilting foot on these coasters and was semi-successful. it definitely takes some practice to use! once i get some free time quilted coasters will be in the shop! 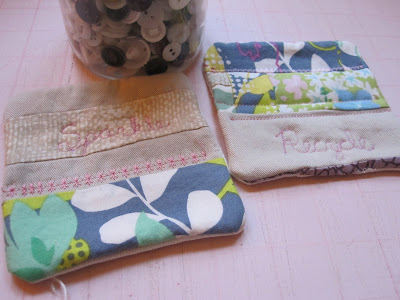 i always try to work with what i have and so i started with this, a vintage linen kitchen towel that i picked up at a flea market. i decided each half would be it's own quilt. 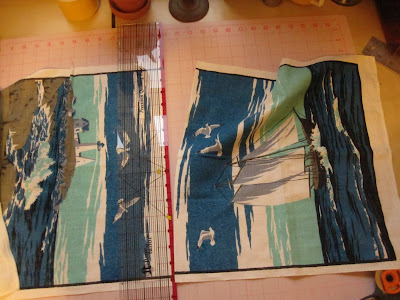 then I surrounded it with other vintage fabrics. 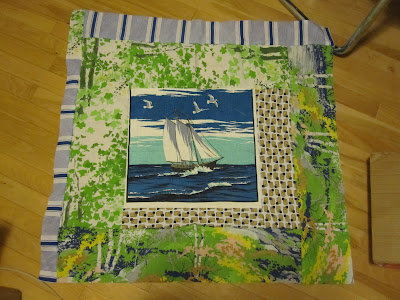 and bordered it with white fabrics and made the back. 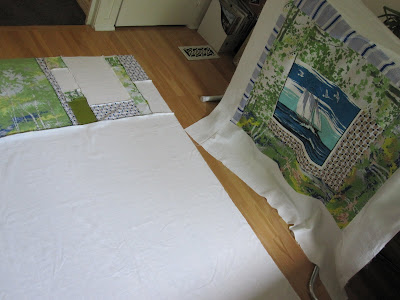 i'm almost finished with the quilting, then binding, the done!
Posted by brandeye at 8:28 PM No comments: