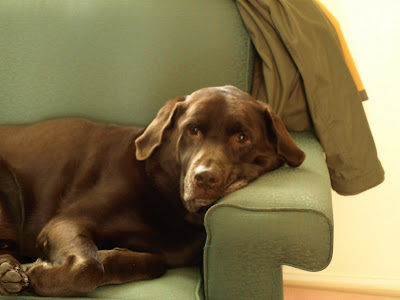 dave and i were playing with moz on monday of this week. we have balloons all over the house left over from my surprise party (more to come on that later) and he LOVES to play with balloons. he would jump and try to bite it and hit it up into the air. well apparently he hadn't recovered enough from his surgery last november, because he woke up tuesday and didn't even use that leg. he's now back to being confined (no walks or anything) for 2 weeks and hopefully it was just a sprain and the whole surgery thing wasn't in vain. that would suck. oh and part of his back/ass that they shaved for the surgery, the hair isn't growing back! apparently dogs can get alopecia from shaving them. great, poor guy might have a bare butt for the rest of his life! we're going to have to get him some pants and a radio flyer to ride around in.
and the other thing that sucks is moz decided to chew up the little clutch i bought from madebyhank. so i am a sad sack too. 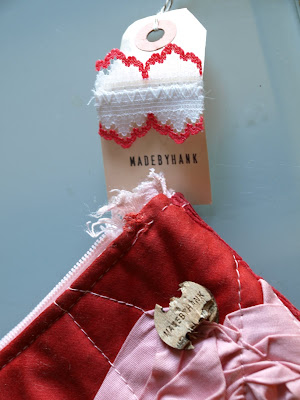 This post is a double bummer! I'm not sure I feel worse for...well, maybe Moz :)

oh no!! I guess if Moz is down so is everyone else! sending our best!!