'twas a perfect day for a castle visit 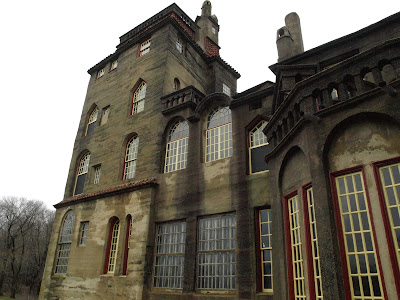 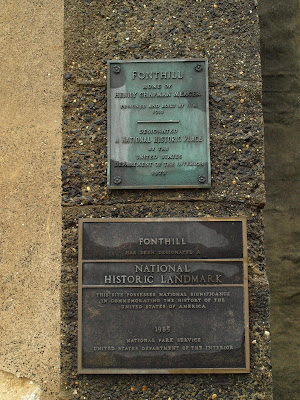 sunday was a dreary day, which was perfect weather to visit a castle. so we took a drive up to the fonthill castle, which is a castle built by henry mercer, who was a tile maker, among other things. it was built from 1908-1912 by a crew of 10 men and one horse. it's all made of concrete and was hand mixed and poured, amazing! they built the molds for the columns from wood and filled them with concrete. when it dried it left the impression of the wood grain and mercer kept it that way because he liked it. he was very resourceful and re-used wood from covered bridges that were being torn down and repurposed doors as paneling in one of the rooms. the castle has 44 rooms, 18 fireplaces, 32 stairwells and more than 200 windows. one of the stairwells even has his dog rollo's paw prints in it and is named after the dog, rollo's stairs. the place is like a maze and seriously is one of the coolest man made things i've ever seen. 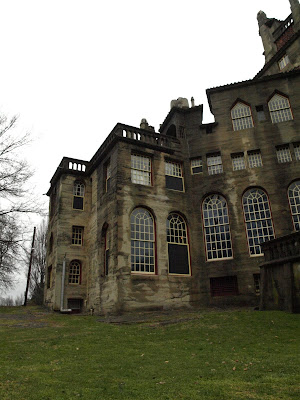 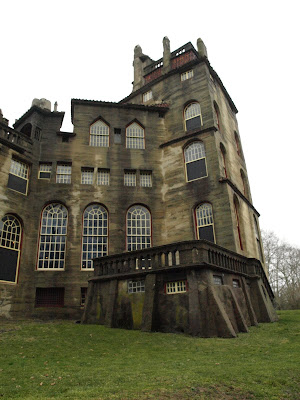 they wouldn't let you take pictures inside (sad), so here are some links which includes pictures of the interior. the place is magical and completely filled with tiles, prints, books and art from around the world. mercer was a leader in the arts and crafts movement and the place oozes hand-crafted character. if you live anywhere near the area, you need to visit this place!

on the property there was a cool camouflage tree. 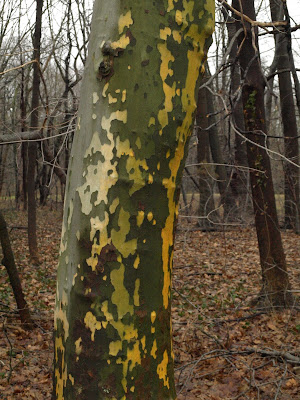 and a smaller tiny building, but i'm not sure what it is. 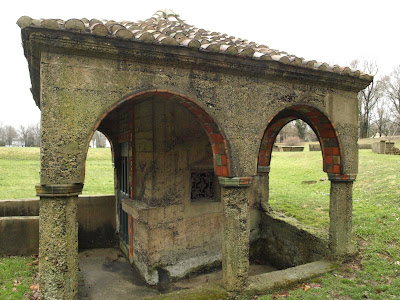 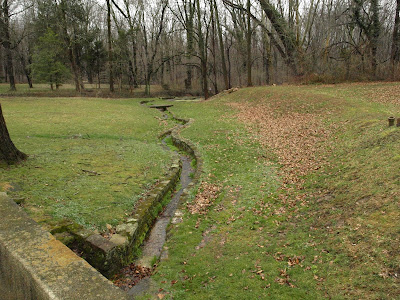 and another building on the property, not sure what this was either. 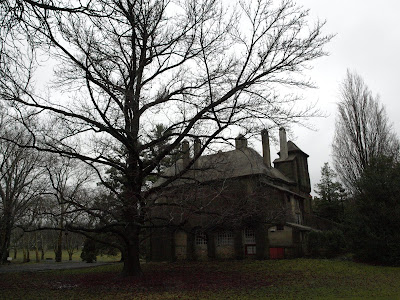 LOVE Fonthill. been there at least 4 times. Photographed & attended a wedding there too. Beautiful!

What a beautiful building! I'll have to go someday. It is a shame that they don't let you take photographs inside -- I'd love to get a sneak peek of the rooms beyond those walls.

wow i would love to see a castle in person!